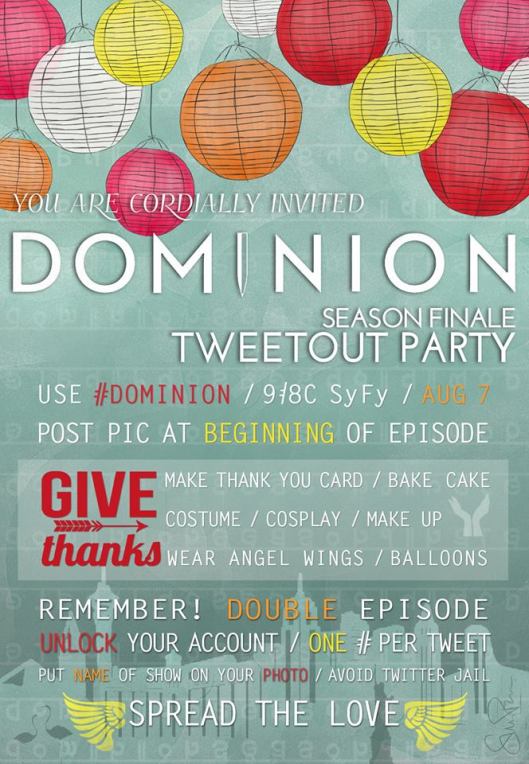 The season one finale for Dominion is tonight! Post a photo at the beginning of the episode of a thank you card or party scene (balloons, cake, angel wings whatever you find festive). Please tweet using the hashtag #Dominion.

The cast will also be tweeting during the episode. How awesome is that! For many of the cast this means having to wake up super early in order to tweet with fans.  Vaun Willmott tweeted the following (YES! William Shatner will once again be helping out with the twitter campaign)

The amazing @WilliamShatner will be joining the cast of Dominion to LIVE TWEET the finale 9:00pm PST (West Coast) tomorrow night! Join us.

Huge thanks also to all the Defiance fans who help with the twitter campaign! I’ll be watching Defiance as well! (been a big fan since the beginning). It is sad knowing it is the season one finale and no new episodes for a while but keeping fingers, toes crossed that yes the show will be renewed!

1 thought on “Twitter Campaign plus Dominion Season One Finale Tonight”